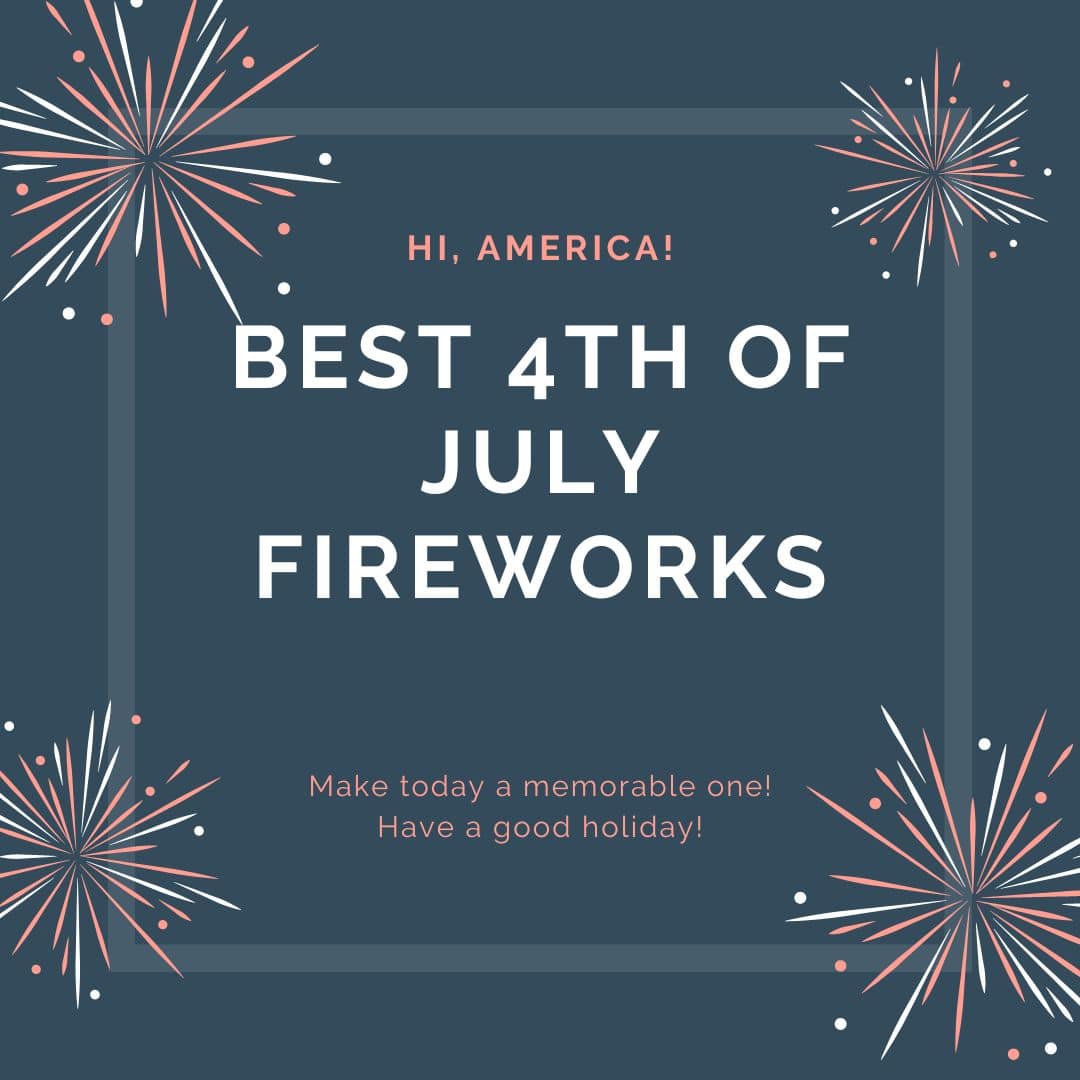 ‘Tis the season…to feel patriotic! This year, we are lucky enough that the Fourth of July falls on a Monday, giving us the perfect opportunity to pack our bags and have an impromptu 3-day weekend. Below is a list of our top 7 firework shows around the country. Click any of the links below to generate a Tripfix itinerary instantly.

Macy’s Fireworks in New York City is the biggest and one of the most famous fireworks displays in the country. The display on Monday, July 4 h will take place on the East River, near Midtown and South Street Seaport, and will be viewable from Manhattan and parts of Brooklyn and Queens.

This year Jason Aldean and Meghan Trainor will be some of the big names performing before the display. The fireworks will be synchronized with an app that viewers can down and to a soundtrack by the Air Force band. Some of the best spots to view the fireworks are (unofficially) Brooklyn Heights Promenade and South Street Promenade.

Four Freedoms Park on Roosevelt Island is also a great place to view the fireworks, but advance registration is required due to the events happening there beforehand. NYC has many other events, including a beach party at Coney Island, Indiefest with free comedy and barbecue, and the Red, White, and Blue Pub Crawl. Other fireworks shows in Brooklyn, Queens, and across state borders in New Jersey are easily accessible.

The National Mall fireworks create some of the most iconic images of Fourth of July fireworks. The 17 ½ minute display starts at 9:09 on July 4 h and is launched from the Lincoln Memorial.

The exhibition play is viewable for miles outside DC and in Virginia. Still, it is best viewed from a rooftop bar, such as the one at the W Hotel, across the Potomac at the Marine Corps War Memorial, or the National Mall, but beware because the Mall will be packed and security will be tight. Earlier in the day, the National Parks Service has your day packed for you, with activities like the Independence Day Parade down Constitution Avenue, the free US Army Band downrange, and a free concert with host Tom Bergeron of America’s Funniest Home Videos and superstars Kenny Loggins and Smokey Robinson.

Addison, Texas 10,000-person of Dallas famous during the rest of the year and for having the most eateries per capita in the United States. On July 33 this year, almost 500,000 people are expected to flood the small town to see the show. Addison Circle Park is the place from where the fireworks are launched and are also recognized as the best place to watch the display.

The display is simulcast by and synchronized with local radio station 100.3 JACK FM. The fireworks show is preceded by many events, including an airshow, and various performances by local color guards,  the 36th Infantry Division Band, and the Dallas Wind Symphony.

The best part about the fireworks being launched from the middle of the lake is that the fireworks are visible from pretty much any part of the surrounding area. Many resorts offer amazing night hikes to parts of their mountain with views of Lake Tahoe.

Other options for viewing include going on Tahoe Cruises’ yachts or renting a helicopter from Reno-Tahoe helicopters if you’re feeling adventurous and want a unique perspective. Lake Tahoe is a sensitive environment, so be sure to clean up after yourselves after the show or sign-up with the Lake Tahoe Visitor’s Association clean-up team.

Other spots to view the fireworks include Ghiradelli Square or the majestic views from the Marin Headlands and the west side of Treasure Island. San Francisco’s other events over the holiday weekend include the 32nd Annual Fillmore Jazz Festival on July 2nd and 3rd, and The Alameda parade in San Jose.

Chicago’s AON-sponsored Summer Fireworks are biweekly each week from Memorial Day to Labor Day. The biggest fireworks happen on the 4th of July, however. Some of the best places to watch the approximately 20-minute-long show include the Navy Pier and on cruises on Lake Michigan.

Other great places to watch the fireworks are Oak Street Beach, The Signature Lounge at the John Hancock Center, and Maggie Daley Park. Other things to do in Chicago are riding the Ferris Wheel at Navy Pier and the Highland park Festival with a parade in the morning and carnival rides, a battle of the bands, and more!

Bristol, Rhode Island, is known as “America’s Most Patriotic Town” and is known for its 4th of July festivities. The festivities are set to kick off with the conclusion of Bristol’s concert series with YouTube stars Falcoa brothers. The annual fireworks display is expected to draw thousands of people and starts at 9:30 pm and last for about 20 minutes. Bristol is a small city, so downtown is fairly close to the harbor, making the fireworks easily visible all across town.

A favorite spot to view the display is Independence Park, as well as Colt State Park slightly north of Bristol. Other activities include a two-day carnival in the town commons. The 231st annual July 4th parade is expected to start at 10 am on July 4 h, preceded by a Patriotic Exercises event.

Las Vegas is a mecca for fireworks displays, with more than 5 different displays over the course of a weekend. The Stratosphere and Caesar’s Palace both doing shows on July 3. Caesar’s Palace also transforms the area in front of the hotel/casino into a massive block party with drinks, food, games, and more. Mandalay Bay is also doing two fireworks displays, one on July 2, and the other on July 3, both accompanied by music by a live band.

All Stations Casinos properties will be doing a fireworks display at 9 pm on July 4 h. Finally, the cities of Boulder City and Henderson will be having celebrations with an accompanying 4th of July Fireworks spectacle. Some of the best places to view all of the fireworks include rooftop bars at many of the large casinos and resorts or the observation wheel at The Linq. Las Vegas has plenty more to do with a plethora of different clubs, bars, and casinos.

If fireworks are not your cup of tea or solo cup of beer, plan a trip to visit friends or take a quick day trip out of town. Use Tripfix, an instant trip planner, to plan your last-minute 4th of July plans!