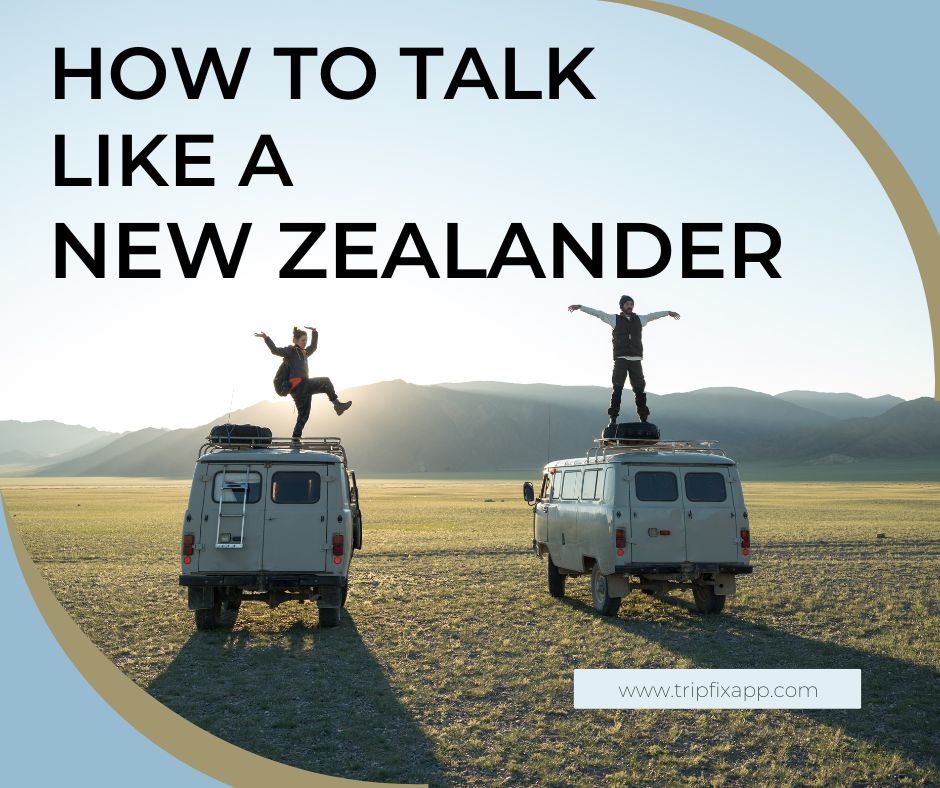 Considered by many as one of the most excellent accents in the world, members of the kiwi-nation don’t just sound like a dream; they also have some classic slang.

But there’s no point visiting the land of the Kiwis if you can’t understand a word that’s being said!

Read on for our simple guide on how to speak like a New Zealander.

A personal favorite of mine. It translates most simply to ‘good,’ though it can also be used to convey more excitable emotions.

Example: “Want to grab some drinks tonight?” “Aw, that would be a choice, bro!”

Spurred on in popularity from a much-loved cartoon series in the late noughties, ‘beached as’ is commonly used to describe a whale parched on a beach. It can, however, be substituted for other sea life or human life. 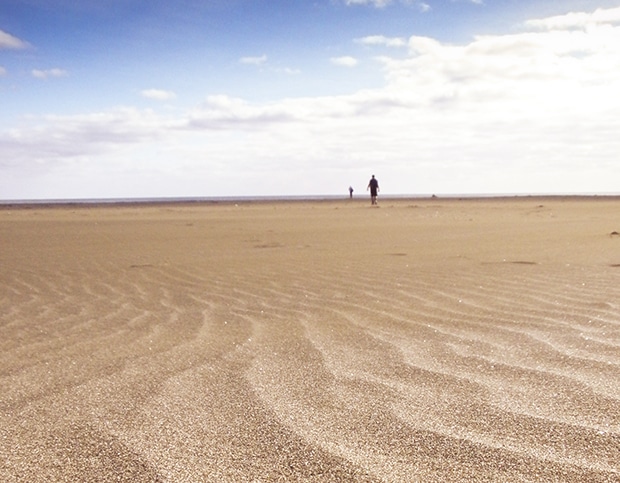 Very common in New Zealand, it’s a fun and simple one. It simply means ‘good’ or ‘brilliant.’ A kiwi-favorite.

Means yes. The ‘Nah’ doesn’t have any meaning. No idea why.

Two meanings in New Zealand. You are used to expressing a degree of concern about something or someone and secondly to say that you’ve solved an issue or worked something out – just as in the US. Apparently.

Example: “Yeah, bro, I sussed it out. It took a while, though I got there in the end.”

Australians infamously call them thongs, though their Tasman cousins call them Jandals. Highly visible within New Zealand’s finest fashion districts, they’d go well with the national costume (if they had one). They are worn all year round as well.

Example: “How’s the weather looking today?” “Warm and sunny!” “Jandals it is!” 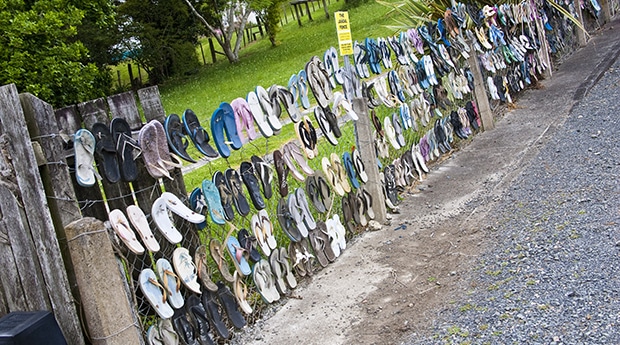 They are commonly described as the geographical distance between New Zealand and Australia or any New Zealander heading to Australia.

Example: “I’m heading across the ditch for a quick break.”

It is used to express a momentous occasion in the history of New Zealand, particularly following sporting success.

Example: “Our football team went undefeated in the South African World Cup; it was nothing short of kiwi-history!”

It is used to express delight or satisfaction in something.

Example: “We’re heading to the rugby game tonight; you up for it?” “Aw, sweet bro, I’ll be there.”

The New Zealand way of saying ‘a lot’ or ‘lots.’

Example: “How many tries did we score last night against Tonga?” “Aw, heaps as bro!”

A traditional Maori meal is cooked over the day in pits on the earth, resulting in a very fresh, moist, and tasty style of food.

Example: “Forget those pretenders on Masterchef; it’s all about Hangi.”

Pronounced in New Zealand as ‘fush und chups,’ fish and chips is the official unofficial dish of New Zealand. In a nation surrounded by water, it’s no surprise how much the locals love it.

Example: “What’s for dinner, Mum and Dad?” “Fush and Chups!”

Essential item for the warmer months on New Zealand’s calendar, otherwise known as a cooler to you and me. Seen lurking around the backyards of countless summer parties, they keep the beer nice and cool. Doubles up as a comfortable seat as well.

Example: “Hey bro, where should I put the drinks?” “Chilly bin, of course, bro!”

Translated from Maori to English, it means to be okay / be healthy. More commonly, though, its meaning in present-day New Zealand is a casual way of saying hi.

A roundabout way to get somewhere. In other words, taking the scenic route.

Example: “Our relatives came over for the weekend, so we took them on a Tiki tour to show them all of the sights”

A vacation home at the beach. Usually small and a bit shabby, though no one will likely mind you traipsing some sand inside. Pronounced batch.

Example: “Hey bro, what are you up to this long weekend?” “Heading up to the Bach, of course!”

Very short brown shorts. Usually worn by males and not leaving much to the imagination. They were prominent in the 80s, but some still enjoy donning a pair and standing around the BBQ with a beer—another one to add to a potential national costume.

Example: “Shorts are for boys; stubbies, on the other hand, are for men!”

Are you feeling linguistically confident? Check out some cheap flights to New Zealand, or take a Tiki Tour with a Round the World! James’ advice a bit suss? Let us know in the comments below.